The Teacher Appers When The Student Is Ready

It is said that when the student is ready the teacher will appear.  I have found that in life as I become ready things appear, but I have to accept them as they appear.  So often things get wrapped in my expectations, which are often not how they appear, and I get lost in the struggle between my expectations and accepting what is. I have learned that what is, is always much more than my expectations because my expectations are limited by my mind rather than expanded by my heart.

I thought my mind was very much in charge of me as I set out for New Orleans in the summer of 1980.  I was attending a two week summer session at Tulane University sponsored by the National Association of Social Workers.  A number of half day classes were being offered for the two weeks there.  I choose two; one, a morning class,on the principals of social work; the other in the afternoon, a class on altered states of consciousness.  My mind had selected the first class, but the second class my heart had unconsciously chosen.  I was standing at the threshold of expanding my reality; my head did not know this yet, but my heart did. 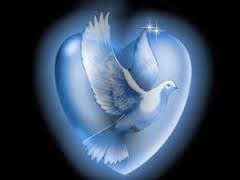 My expectations were all wrapped in this, but my heart KNEW what it was doing and so I chose the afternoon class.  I remember that I had to defend this choice to the director of where I worked, but I easily circumvented her concerns; after all, although unknown to my mind, this decision was made and supported by my heart.  So I flew off to New Orleans to begin an adventure that would change my life.  I thought I was just attending a post graduate program and had no idea how life changing this was to be.

On the Monday when class began I attended the first class chosen by my mind and easily fell into the flow and banter in this, yet another typical, graduate class.  We broke for lunch and then went to afternoon classes.  This was New Orleans where nothing runs on schedule, but our professor, John, was there and waiting on the students to arrive, early or late.  Calm, patient, he exemplified the essence of the true New Orleans.


Somewhere deep within me I realized his stories were familiar.  As I sat listening to him I suddenly realized that these stories were much like ones told by Sara, my great grandmother.  They were simple stories spun around  life lessons; stories that stayed with me and replayed many times long after their telling. There was power in the stories; a power that gently reeled me in until I did not separate myself from the teller or the tale.  I was a part of these living stories.  They were here now, as much as they were there then. There was no expiration date on these stories, just as Sara's wisdom had no expiration date....

Each day in John's classes I was drawn deeper into this mystery.  The stories resonated within and allowed my memories of Sara to grow stronger.  She had been my first mentor, he was now a mentor as he rekindled her teachings.  I became the moth that danced toward the flame that if I allowed it to it would consume me. This draw was irresistible as I danced closer and closer to being consumed by this fire.

In hindsight I realize what was happening, but at that time I could only follow this desire to learn more.  Each day I would begin my morning with a mundane class about social work practices, head out for lunch, and then return to altered states of consciousness.  I now understand that I was experiencing life as it is; from the mundane to the sublime with a short lunch break in between.

At the end of each day I would go out to dinner with new friends I had just made, sample much of the New Orleans' famous cuisine, and then onto its world famous jazz and night life.  It seemed that time highlighted the mundane while in the middle of each day I had a respite with altered states of consciousnesses.  Not unlike life I found the sublime woven through my daily life; I had only to recognize and learn from it.

Night time brought dreams of Sara.  I had not dreamed of her in 20 years since I reached adolescence, and now she became a regular visitor in my dream time.  I realized that the class on altered states of consciousness was awakening memories from my childhood and of my first teacher, Sara.  It would take me several years to understand that this was her gift and her blessing to my adult life.

That summer following my return from New Orleans was when my grandmother uncharacteristically shared a dream she had of her mom, Sara, telling my grandmother that all was well and she would soon becoming home. (See post entitled "Dream Weaver"). In time I began to sort out the weave of my life; the ebb and flow of things and how when I accept things as they are they always are so much greater than my expectations. 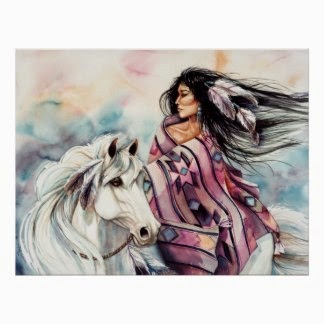 I have learned that when I make a conscious choice to find a teacher none appear.  When I remove my thinking self from the process and open to my heart all presents in perfect order.  Ego and mind are products of the little self while the heart opens us to the expansiveness of the greater self where each creates our own destiny.
Unknown at 6:55 AM
Share